SriLankan Airlines received yet another global accolade based on passenger ratings when it won the Passenger Choice Award for ‘Best Wi-Fi for Central Asia’ from the Airline Passenger Experience Association (APEX) at the Future Travel Experience Asia Awards 2019 held in Singapore recently.

SriLankan Airlines Group Chief Executive Officer Vipula Gunatilleka said: “We are delighted to receive yet another award from APEX. As this a Passenger Choice Award reflecting genuine passenger feedback and ratings towards our Wi-Fi services, this award is more special and we value the recognition our passengers have provided us.”

Sri Lanka’s National Carrier received the award at the Future Travel Experience Asia Expo which was held on 13thNovember 2019 at Marina Bay Sands Expo and Convention Centre. At the same event, SriLankan Airlines was re-awarded its ‘Four Star Major Airline 2020’ Official Airline Rating which was presented at the APEX EXPO held in Los Angeles earlier this year.

APEX (https://apex.aero) is a non-profit trade organisation comprised of airlines, industry suppliers, media groups and aviation industry leaders that is dedicated to elevating the overall passenger experience in commercial air travel. It has offices in the United States, Europe, China, the Middle East, India and Southeast Asia.

SriLankan’s Wi-Fi services are provided by SITAONAIR, its partner for on-board connectivity, allowing our passengers to connect to the internet and make calls from their smart phones with ease.

The Official Airline Ratings and APEX Passenger Choice Awards are created based on neutral, third-party passenger feedback and insights gathered through APEX’s partnership with TripIt from Concur. Using a five-star scale, more than one million flights were rated by passengers across nearly 600 airlines from around the world and were independently certified by a professional external auditing company. 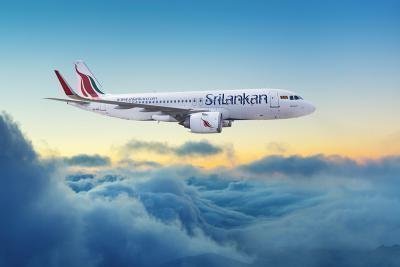 SriLankan Airlines has a route network of 109 cities in 48 countries, including codeshare operations in partnership with the world’s finest airlines. It is firmly established as one of the leading airlines in the Indian Ocean region, being the largest carrier to both Sri Lanka and the Maldives, and the largest foreign airline in India. A member of the prestigious oneworld global airline partnership, SriLankan Airlines also connects travellers to over 1,000 cities in 160 countries through its oneworld partner airlines.

Emirates returns US$ 1.4 billion to customers in refunds

Banking & Finance Shelomi - October 23, 2020 0
The Monetary Board of the Central Bank of Sri Lanka, having considered the request made by the ICICI Bank Limited, India,...

LankaTalks is a Business and Startup news service with a primary focus on Sri Lanka. It provides independent news, analysis and comment on business, economic, startup scene and entertainment in Sri Lanka and the world
Contact us: info@lankatalks.com
Copyright © 2020. LankaTalks by GoSetup
MORE STORIES